The United Nations General Assembly declared December 18 of each year the International Day of Migrants . The main purpose is to praise the positive contribution of the phenomenon of migration to the development of societies around the world.

It is important that the migrant’s face is increasingly positively visible in the eyes of different governments. Thus, on a day like today, the member states of the United Nations and different organizations come together to launch different actions and campaigns aimed at raising awareness of the fundamental rights and freedoms of all migrants, wherever they go and whatever their host country.

We Together, applauding the migrant

In this long journey that pursues the objective of achieving the due protection and respect that every migrant deserves, this year the United Nations has launched the campaign We Together (#WeAt Together ). It is a theme starring the recognition of each of the migrants who leave their countries to together contribute efforts in the construction of new communities. Only then will a better world be achieved.

Each one of the migratory movements carried out from any corner of the planet, is loaded with small and different values ​​that are what promote the growth of any society that welcomes them. The IOM has many real examples of this contribution to building a society that also contributes to the migrant himself a better future. This is the case of Raad, a Syrian citizen who came “to Turkey with nothing but his trade. Today, he has turned his passion into a successful business. ”

“Since this month, the cities of Niamey and Agadez in Niger have become much more colorful. Local communities and migrants are using street art to bring people together, allowing returnees to feel welcome and reintegrate into their communities. ” They are positive examples of social integration and union between migrants and citizens facilitated by the International Organization for Migration (IOM), they are symbols of social cohesion.

The “We Together” campaign groups different meanings. “We learn together, we create together, we work together, we sing, we dance and we play together. We live together. ” Although each with its own value, all concepts lead to the achievement of the same goal, to keep us united as a community. Because together, and only in this way, it will be easier to win a better future.

The migrant as the engine of all society

Migration has always been present throughout the entire history of humanity. It is a phenomenon duly defined by the concepts of self-improvement, courage, and determination to break down obstacles to access a better life. However, the meaning of migration has never been highly valued, as it deserves, by those host societies.

Uncertainty and fear have been the most characterizing factors of the migrant in the eyes of most receiving countries. Within this framework, this phenomenon has been raised as a challenge to overcome. But the truth is that it should be an opportunity to embrace to facilitate the positive development and growth of every community.

Migrating not only becomes a professional and personal benefit for the migrant himself, but it also constitutes a lucrative value for that host society. Because from the hand of each migrant who travels to a better place, contributions of culture, personal and professional knowledge, as well as customs, come. All of these are the necessary ingredients to build the engine of the social, economic and cultural development of every society. And it is in these aspects on which this year’s campaign “We Together”, promoted by the United Nations, is built.

One in 30 people is a migrant

Currently, the globalization to which we are subject, together with advances in technology and communication have facilitated migration. Therefore, they have favored that they have increased in recent years. And they continue to do so.

In this sense, according to UN data, it is estimated that almost 260 million migrants are outside their country of origin or residence, living and working in a different one. This may be for reasons of urgent need, such as political persecution or war, or driven by the desire to achieve a better future.

The IOM’s “World Migration Report” has concluded that in 2017 alone it registered 258 million international migrants. This figure represents 3.4% of the world population. Thus, in the world, one out of every 30 people is a migrant.

Of the total percentage, classifications have also been made that show that 52% are men while 48% are women. In addition, it has been verified that, in terms of age, 72% are between 20 and 64 years old.

In a smaller context, it is important to note that until 2018 the number of migrants arriving in Spain has increased for the fifth consecutive year. It has reached 288 thousand. Taking into account that, while this figure continues to increase, that of Spaniards who leave their country is decreasing, it is concluded that Spain is one of the countries best viewed as an opportunity to access a new and better quality life.

Welcoming is Integrating: the rights of the migrant

At Grupo Aristeo, as lawyers and experts in immigration, immigration, and entrepreneurship, we work daily to defend good integration, better life, and equality for every migrant in Spain. Furthermore, we join in this hard work to reach the goal of a world free of injustice, inequality, and discrimination. This in order that the migrant can enjoy the same rights as any citizen of the host country.

Because from the voice of each migrant that reaches the different societies, one learns from dreams, experiences, adventures, culture, and a lot of knowledge. Together, they positively rebuild every corner of the world.

Today, we applaud the positive work of migration to development and the rise of happiness in every receiving country, promoted by every migrant, and hand in hand with each of their own values. It takes the union of all to together continue building a long road that ends in dreams fulfilled. Because it does not matter if you migrate forcibly for urgent reasons of conflict or, on the contrary, traveling in pursuit of the dream of undertaking a better professional future. Welcoming should always be synonymous with integrating. 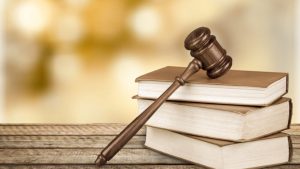 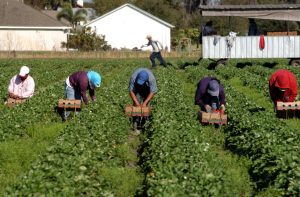 Have you decided to travel to Asheville, North Carolina on your vacation? We promise that you will not regret it. The natural...