This week we have very good news. The United States Citizenship and Immigration Service (USCIS) has finally issued a guide for the adjudication of Adjustment of Status applications (obtaining the green card) filed by people who entered the US under the Visa Waiver program. Until now, the different USCIS offices in the US have been inconsistent in adjudicating these types of applications. For example, some USCIS offices easily denied such discretion requests while others did not. Until now it was not uncommon to see clients, who entered the United States under the Visa Waiver program, who came to our offices complaining that their applications had been arbitrarily and without reason denied by the USCIS.

The guide issued this last November 14 ends the inconsistencies and inconsistencies in this type of case. This guide must be compulsorily respected, to the letter, by all USCIS offices in the USA.

What is the Visa Waiver Program about?

Another disadvantage is that Visa Waiver users do not have the right to change their non-immigrant status within the US either. For example they cannot change their status to student or temporary worker while they remain in the USA.

Users are also not eligible to obtain residency through adjustment of status, with the sole exception of users who are ” immediate family members .” Immigration and Naturalization laws define “immediate relatives” as spouses, parents, and unmarried children under the age of 21 of US citizens. Because the USCIS has wide discretion to approve or deny applications for adjustment of status, the interpretation of this last exception has been a source of litigation and confusion within the different USCIS offices. For example, some USCIS offices flatly refused to approve applications for adjustment of status when the 90-day stay limit had already expired.

Through this guide, all USCIS offices have been instructed to adjudicate and consider applications made by “immediate family members” who used the Visa Waiver program to enter the US, including even applications filed after the expiration of the 90-day deadline. stay.

The guide clearly indicates the only situations in which the USCIS will not be able to adjudicate these types of adjustments of status/applications for residency:

Thus, there are only a few specific situations that could prevent the adjudication of an application for adjustment of status filed by “immediate relatives” who entered the US under the Visa Waiver program. Although the guide does not clearly state that all of these types of cases should be approved by USCIS if there are none of these problematic situations, this can be interpreted as the real purpose.

What Happens to Visa Waiver Program Users Who Cannot Enter the US Why Are They Rejected Upon Arrival?

Some users of the Visa Waiver program are inadmissible (for crimes, previous violations of immigration laws, fraud, etc.) as soon as they try to enter the United States. These users are rejected, detained by ICE and subject to deportation. According to the guide, when this occurs, requests for adjustment of status are automatically denied. The only exception is when the user is released, under a humanitarian parole he agrees with the rules established in statute 212 (d) (5) (A) of the Immigration and Naturalization Act.

What happens to the Visa Waiver Program User when their Application for Adjustment of Status is Denied?

However, there is an exception only for residents belonging to the US Ninth Circuit Court of Appeals (residents of Alaska, Arizona, California, Guam, Hawaii, Idaho, Montana, Nevada, Mariana Islands, Oregon and Washington). In these states, “immediate family members” who entered the Visa Waiver program, who submitted their adjustment of status applications “before the 90-day stay limit,” could fight their deportation cases in front of the immigration judge. Those who submitted their applications “after the 90-day limit of stay” will not be able to obtain this benefit and would be subject to immediate deportation by ICE. 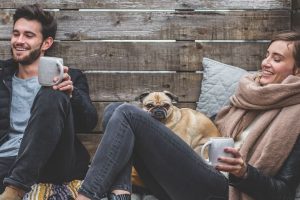 One of the fundamental precepts, on which US immigration laws are based, is definitely family unification . In this context, the K visa...